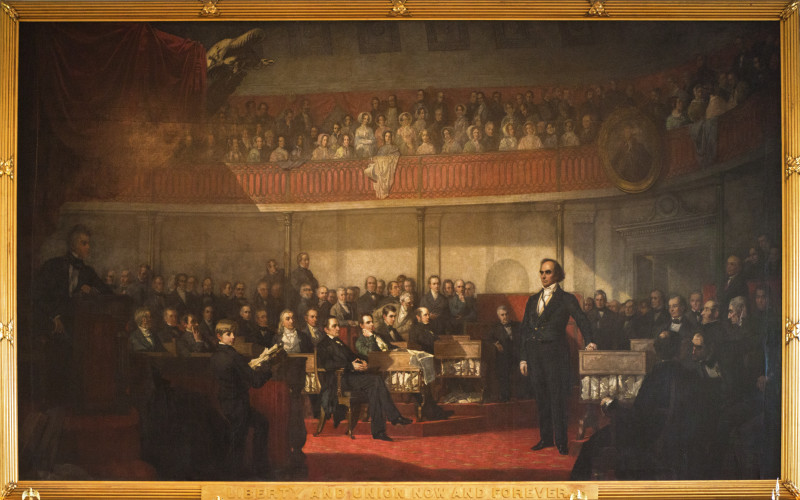 The status of judges in the constitutional regime is fundamentally a question of the place of politics, rightly understood, in human life—a point illustrated by the thoughtful exchanges between Richard Reinsch and Randy Barnett in this space and at Volokh. Reinsch argues the danger of giving judges indeterminate power over unspecified natural rights. Barnett replies that these need not be specified; judges need only ensure that governmental power is reasonably used to promote permissible ends.

Theirs was a productive conversation, and it might be usefully expanded to the following question: Even granting a robust reading of the Ninth and Fourteenth Amendments, what is the basis, and what are the costs, of empowering judges to safeguard the rights therein contained?

To be sure, there are ample historical and theoretical reasons to disagree with a natural rights reading of the American Founding, including Reinsch’s reminder of consent as the basis of government and the fact that rights-based understandings often overlook the exchange—central to most state-of-nature theories, including Locke’s—of limitless natural for regulable civil rights.

Rights are not inherently judicial claims. We are only accustomed to thinking of them that way. Consider that the Supreme Court was almost wholly silent on the Bill of Rights for much of its first century even though early political commentary (see the debates over the Sedition Act) is rife with references to it.

It might be healthier and, crucially, ultimately better for liberty if rights claims were to be politically resolved. There is substantial evidence that this is what prominent Framers, including Madison, had in mind.

Try looking at the issue this way: Either judges are better at identifying rights (or, in Barnett’s case, reasonable uses of the police power) than the rest of us—or they aren’t.

If they aren’t, of course, the issue ought to be a matter of disputation in institutions arranged to encourage majorities to behave reasonably. After all, self-government is also a natural right; perhaps, on the Declaration’s account, the natural right.

The Constitution is a spare and relatively simple document. If the question amounts to a judgment call as to whether any given use of the police power is a reasonable means to pursue permissible ends, is there any reason that the wisdom needed to make that call is inaccessible to a thoughtful citizen deliberating in conditions that encourage sensible behavior?

Conversely, is there any reason to believe judges will make better decisions about rights, or about reasonable uses of the police power, than majorities so situated? In Federalist 51, Madison considers and rejects the option of protecting minorities by creating “a will in the community independent of the majority”—he means a royal veto, but our contemporary equivalent would seem to be judicial review—on the grounds that there is no certainty it will exercise its power well.

By contrast, the political model offers several advantages. One is that citizens’ errors are more easily corrected than those of judges: They require a mere election; judges must be willing to correct themselves, a time-consuming and chancy affair. Another is that the political model engages citizens in constitutional questions rather than encouraging outsourcing to the judiciary. Thus Madison, introducing the Bill of Rights, said one of its values would be educating the citizenry as to its rights and creating a ground for an appeal to the community in instances of violation. Instead, our contemporary ethos is to outsource, with the predictable result that the political branches more or less think they can do what they want and the courts will, if necessary, rein them in.

If judges are better at all this than the rest of us, two more options (apologies to Madison for copying his method) ensue. Either they are better at actually securing the results of their inquiries than the political branches or they aren’t.

The political theory of the Framers raises serious questions as to their superiority. What Reinsch calls “bodycheck constitutionalism”—Congress and the Executive in combat rather than collusion—is the intended model, which is why Federalist 84 says the Constitution, or in other words, the main body of it, is a Bill of Rights.

If, by contrast, judges are wiser and more effective guardians of rights, we are still left with what really amounts to the fundamental question: whether entrusting them with this vital function would obviate the need for politics in the noble sense.

Put otherwise, suppose a supercomputer could be devised that would reach the correct constitutional decision every time. Would we want to refer disputes to it? Call it outcome-based jurisprudence—the idea that what matters is the bottom-line result—a kind of judicial equivalent of the Progressive quest for scientific administration at the hands of experts.

But Aristotle teaches that the political life—the use of logos to pursue questions of the good and bad and just and unjust—is best for man. Much of the debate about judicial restraint comes down not merely to prudential calculation—are judges better at defining and protecting liberty than anyone else—but rather to underlying principle. Under that principle we must ask, regardless of whether judges are better, if it is healthy to defer to them.

Generally, there are reasons to doubt whether judges will reach the right decisions more often than will deliberate majorities. It seems safe to trust Aristotle more than either of them.

Flowers and Headscarves, Oh My!