As a college professor and former head of a K-12 school, I know when a student is giving me the runaround. Here is one scenario I have been through more than once: I hand back a student’s paper—clearly written in a rush—that is bleeding with my markings on typos, incomplete sentences, contradictory statements, and bizarre punctuation. The student looks at the grade, gasps, and then exclaims, “Oh, my gosh! How could I have done such a thing? I handed in my rough draft by mistake. But here is my final draft!” (which the student just happens to have in his book bag).

Just such a scenario is unfolding in Indiana as the state school board tells citizens that the “new” standards in mathematics and English, unveiled a couple of weeks ago and meant to replace the Common Core, were only meant to be a draft; that the board was eager to solicit public input; that they have created a “process” (a word that we have heard ten thousand times by now) that is completely transparent; and that the hearings people just drove two hours to attend so that they could speak for 180 seconds were only the first step in coming up with an entirely new set of “college- and career-ready standards” entirely different from the Common Core. Is anyone buying this line? I see three substantial objections to this process as it has unfolded so far.

The second objection is that these standards are utterly inadequate and in many cases embarrassingly false or ridiculous. Take the standard written above. The original authors engaged in typical circumlocutory edu-speak in order to make something very simple sound wonderful and mysterious. But their standard doesn’t pan out. Presumably the authors of the standard are telling teachers to teach children the long and short sounds of the vowels. But that is not what it says. Rather, students are supposed to associate (know?) the long and short sounds when they see “the common spellings . . . for the five major vowels.” What? 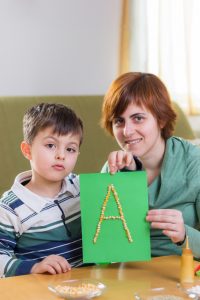 Now ask yourself: How many ways are there to spell the letter A? I can only think of one, unless you mean to distinguish between capitals and lower case, which is not what is being said. A is always spelled A. Even if we give the original authors of this standard and the Indiana committee the benefit of the doubt, and allow them to claim that learning the vowel sounds was what they meant, we still have the problem of the more generous reading of the standard not being true, either, or at best only half true. Why learn only the short and long sounds? Every vowel except for e has more than a long and a short sound. The letter A, for example, has four sounds: /ă/, /ā/, /ah/, /aw/, as in at, tape, want, talk. Consider the word father. You do not call your father your făther, nor your fāther. Yet this simple truth about the code that is the English alphabet is lost on the very people who are in charge of writing “standards” for our children’s schools.

The third objection concerns just who is in charge of this “process.” Teaching children to read, to write, and to understand and enjoy great literature, while not easy, is shockingly straightforward. Good schools did this for hundreds of years in America before mind-numbing and misnamed “standards” were introduced in the Sixties, when the level of both general and civic literacy began its steady decline. Yet whenever we ask the people in charge of this “process” to explain in direct terms how students learn to read and write we are not given anything close to a straightforward answer. A couple of weeks ago at a public meeting, I asked two state school board members whether a very clear sentence that I offered concerning the teaching of phonics could ever make it into the standards. I was basically testing whether the board members themselves understood phonics. The response was four minutes of dancing around the issue, with no indication that our school board members have any idea how students learn to read. Are these really the people in charge of our children’s education?

No one has been fooled by the promises of a “transparent process” in writing good standards for Hoosiers. Either the state school board and the committee they have appointed are in over their heads and unable to outline how students learn to read, write, and do math, or they are deliberately fighting a war of attrition in order to hold onto the Common Core, albeit without the name, hoping that the troublesome parents of Indiana will eventually lose interest in the issue and go away. Well, education leaders of the state, it’s now time to whip out your final draft and convince us that you know what you’re doing.