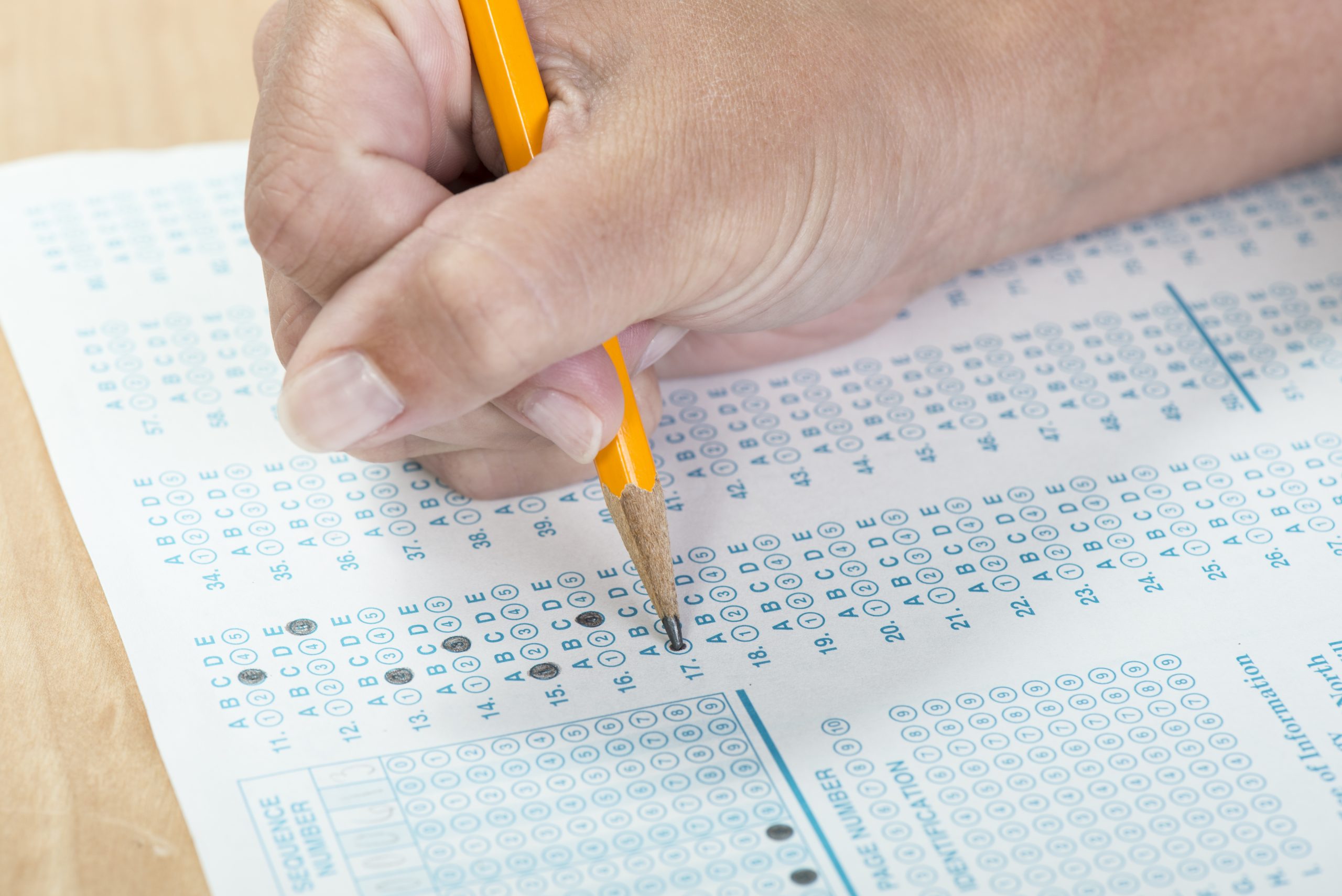 One of candidate Donald Trump’s biggest applause lines when campaigning was his promise to end the Common Core national K through 12 standards. For the first time in any presidential campaign, an education issue claimed a place of importance with grassroots citizens. What was it about Common Core that so excited the passions of ordinary Americans that they demanded answers in a national campaign? And what are the implications for American education?

Joy Pullmann addresses those questions in her new book, The Education Invasion: How Common Core Fights Parents for Control of American Kids. A managing editor at The Federalist and an education research fellow at the Heartland Institute, Pullmann brings her impressive journalistic skills to analyzing the history, philosophy, and quality of the standards. Her book provides a meticulously documented 360 degree view of the Common Core scheme—why it became “toxic” (in Mike Huckabee’s description) and what can be done about it.

In the early days of Common Core, almost no one outside the federal and state education bureaucracies or the insular world of “education reform” had ever heard of it—even though the standards would ignite the largest education-related grassroots movement in American history. Common Core was adopted by state executive branch officials in response to “incentives” from federal executive branch officials, with (in almost every case) no consent from or even notice to elected state legislators.

The stealth introduction of Common Core was intentional. As Pullmann documents, the standards sprang not from elected officials but from the agendas of largely private, unaccountable players. An obscure education consultant named David Coleman and the president of a D.C. trade association called the Council of Chief State School Officers (CCSSO) persuaded the Bill and Melinda Gates Foundation to bankroll these new standards to “transform” American education into a giant workforce-development system. Fueled by the Gates multimillions, Common Core was on track. Now every public school would teach the same thing in the same way. And the centralized control would rest, as Progressives always think it should, with a small group of “experts.”

One former state education official explained why this scheme would especially appeal to Bill Gates. I paraphrase: “Think of how he made his money. His operating system is used by almost everyone on the planet, and it’s very efficient. Why can’t education be handled that way? Why can’t we have an education operating system, designed by experts, that’s imposed on every child in every school? Wouldn’t that be more efficient?” It’s the computer-geek view of the world, with an eye toward producing not educated citizens but widgets for the workforce.

The bottom line, according to Pullmann: “So it was mostly unelected officials who locked states into an overhaul of education policy, with little to inform the public of what they were doing. But the real work of crafting the policy had been done by private organizations.” And Gates proceeded to supply not only much of the funding for the Common Core initiative but also key personnel for the U.S. Department of Education to implement this transformational plan.

But what did the feds have to do with Common Core? Wasn’t this a “state-led” initiative, as its proponents repeat as a mantra? Pullmann shatters that myth. She outlines how, from the outset, the Department of Education was viewed as a critical player in imposing Common Core nationwide, for without federal bribery in the form of “Race to the Top” grants for states that would adopt the scheme, it would never take flight. And when 46 states eventually signed on, former Gates staffers went to Washington to work for the Education Department as what Pullmann calls a “shadow bureaucracy” to ensure there was no daylight between the Gates agenda and the federal government’s.

Pullmann uses her investigative skills to document the federal cash flow beyond “Race to the Top”: Among other expenditures, millions of dollars poured into the two trade associations (CCSSO and the National Governors Association) that own and copyrighted the standards, and much more was granted to two testing consortia to develop Common Core-aligned assessments.

The assessment component of the Common Core initiative has always been key to achieving maximum centralization in education. Tying states to the same test ties them to the same standards and essentially the same curriculum. And, as Pullmann reports, the assessment angle was yet another channel for federal control. In exchange for $330 million in federal money, the two consortia (Partnership for Assessment of Readiness for College and Careers and the Smarter Balanced Assessment Consortium) “submitted to . . . to oversight by a specially appointed federal board that had access to and power over every aspect of the tests, down to the specific questions.”

This may not meet most people’s definition of “state-led.”

Pullmann highlights another aspect of the national testing that Common Core proponents downplay: data-collection. She writes:

So Common Core encompassed much more than just a set of standards. And even those standards, created by this tiny cadre of supposed experts, turned out wretchedly. The English Language Arts (ELA) standards are essentially content-free. Instead of requiring particular content (say, 19th century American literature) by a certain grade, they dictate focusing not on content but on “skills” (for example, identifying the “evidence” used for a “claim”). The standards’ lack of content prompted ELA standards expert Dr. Sandra Stotsky to observe, “You can do this with Moby Dick, or with The Three Little Pigs.” Common Core is indifferent to which book is chosen. And in fact, Common Core discourages reading fiction at all, requiring English teachers to replace at least half of the classic literature they formerly taught with non-fiction “informational text.”

The Common Core math standards are dreadful in their own way. They reintroduce the “fuzzy math” that had been tried in the 1960s and 1990s, with disastrous results. Common Core math delays teaching the standard algorithm—the method of solving a problem that works first time, every time—instead teaching “conceptual understanding” to kids who are too young to grasp what they’re being forced to do. The result is rich fodder for stand-up comedians but agony for children and their parents, who struggle to help them make sense of nonsense.

As a journalist, Pullmann excels in using storytelling to present the voluminous information her research uncovered. The ineffectiveness and, well, idiocy of the standards are illustrated by visits to actual classrooms and discussions with actual teachers, some of whom began the Common Core experiment with high hopes until reality crashed in. She relates the stories of actual parents who watched with growing dismay as their children’s lessons deteriorated with Common Core.

When those parents began to network and push back, they generated an earthquake that rocked American public education. The level of opposition also caught the Common Core centralizers flat-footed. They had assumed their plan—secretively developing the standards, avoiding elected legislatures, tying the adoption to federal money—would result in quick and quiet implementation of the standards. Before parents and state or local officials fully understood what was happening, the standards would be installed and academic achievement would be at least improving, if not soaring. Any anti-democratic flaws in the plan would be forgiven in light of obvious success.

As Pullmann outlines, parents (primarily moms) across the nation switched into research mode when they saw the changes occurring in their children’s classrooms. After identifying the infectious agent as something called “Common Core,” they spent midnight hours at their computers, tracking down the information that had been deliberately withheld from them: the identities of the players, the nature of the funding mechanisms, the legal agreements their states had signed to adopt the standards in exchange for the federal bribe.

Armed with this research, the “march of the moms,” as Pullmann puts it, approached state governments to seek relief from this scheme. But relief was hard to come by. Although some legislators stepped up to help, more hesitated to buck the supposedly objective “experts” at the state education departments. Others were cowed by empty but effective threats from Education Secretary Arne Duncan that states might jeopardize federal funding by exercising their education autonomy.

Nevertheless, Pullmann reports, as the backlash against Common Core mounted, even the scheme’s most adamant protectors realized something had to be done to mollify the grassroots. A watershed moment occurred in Indiana, when national Common Core pitchman Tony Bennett lost his bid for re-election as the state’s superintendent of schools.

The best way to get the attention of the politicians is to defeat one at the polls. So the number of Common Core-repeal bills introduced in state legislatures exploded, from 117 in 2012 to 427 in 2014. And the opposition was bipartisan. From Tea Partiers on the Right to Diane Ravitch and many unionized teachers on the Left, the national standards provoked outrage.

But if the opposition was bipartisan, so too was the protectorate. Moms soon discovered that even in red states such as Indiana, Republicans were as likely as Democrats to dismiss their concerns because they weren’t “experts.” When the moms persisted, Gates and his private foundation buddies ramped up the marketing, spending hundreds of millions not only on direct propaganda but on buying other powerful organizations such as the U.S. Chamber of Commerce to recruit them for the defense.

The education establishment in some states decided to quell the uprising by deception—“rebranding” the Common Core standards to fool the rubes and get them to go home. The grassroots weren’t deceived, of course, but enough legislators and governors (such as Mike Pence, then Governor of Indiana) latched onto the maneuver to enable the standards to be preserved in all but name.

But Pullmann ends on a hopeful note, highlighting parent-propelled alternatives that are emerging across the country. Homeschooling is booming. Classical schools are enjoying a renaissance, perhaps because the genuine education they offer is diametrically opposed to the drab utilitarianism of Common Core. School choice is gaining adherents (although parents must resist efforts to impose government regulations on private schools that participate in such programs).

Pullmann sees a renewed determination by parents to do whatever it takes to ensure a real education for their children. If this is the result, Common Core could turn out to have been a boon to American education—just not in the way it was planned.

This Is Your Brain on Scientism

Will Indiana Cut-and-Paste Its Way to Common Core Serfdom?