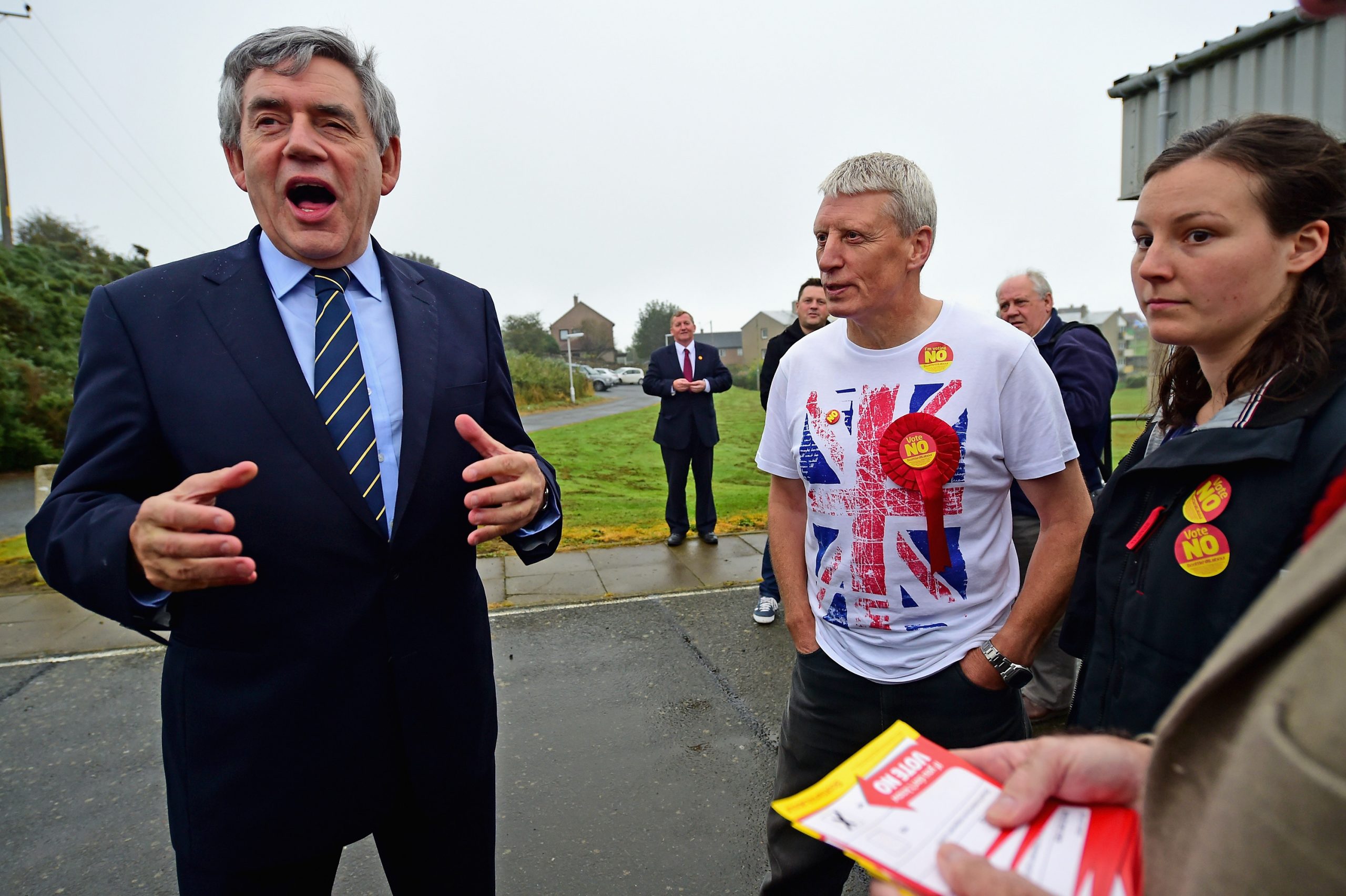 Three hundred and seven years ago, Englishmen and Scotsmen brought forth, upon the British Isles, a new Union, conceived in English insecurity and Scottish impecuniosity, and dedicated to the proposition that the two peoples, if not equal, at least had more in common than either did with the French.

The original Anglo-Scottish Union of 1707 was a “political necessity for England, a commercial necessity for Scotland,” as one historian put it. For contemporary champions of Union, the necessities that were the mother of its invention are as pressing as ever.

In the 18th century, English politicians were principally concerned with the security threat from across the Channel. Their 21st century successors confront a European continent that is less stable than at any time since World War II, facing challenges from Vladimir Putin’s revanchist Russia and militants from the so-called Islamic State in the Levant. In the event of Scotland’s secession, England’s northern border would be vulnerable for the first time in 300 years. And with Scottish Nationalists insisting that an independent Scotland will be free of nuclear weapons, London would be forced to relocate its Trident nuclear deterrent, at an estimated cost of $8 billion. As well as a major security dilemma for NATO, this would be an added expenditure for the residual United Kingdom just as it dealt with the economic consequences of Scotland’s departure.

If the outlook for a diminished UK is unclear, the commercial position of an independent Scotland would be even more uncertain. Back in 1707, it was partly its parliament’s calamitous mishandling of its currency that convinced Scotland to sign up for Union in the first place. The currency problem plagues Alex Salmond and his Scottish National Party today. There is no guarantee what currency an independent Scotland would use, particularly if Westminster refuses to let it use the pound.

And the SNP is unlikely to find immediate haven within the European Union, either. The Spanish government, in particular, is unsympathetic to Scottish independence and concerned about the impact on its own separatist regions. As Spain’s European affairs minister trenchantly put it, there are “more ifs than a poem by Kipling” as to whether and on what terms Scotland would gain entry to the EU.

The pro-Union Better Together campaign, in stressing the economic risks, has made “bankers’ arguments” that hardly galvanize the spirit like the Nationalists’ invocations of Scottish poetry do. (“Freeman stand, or freeman fa’, / Let him follow me!”) During the last two years of debating the independence question, there has been no stirring paean to the United Kingdom. Perhaps not surprisingly, “Yes” has drawn even, making the vote as of today too close to call.

But in the past week, the Union cause has finally found its voice. To the surprise of many in England, it is that of former Prime Minister Gordon Brown.

The Better Together campaign had at first been aloof to the Renfrewshire-born Brown. There being only one Conservative Member of Parliament in Scotland, Tory Prime Minister David Cameron had already ceded control of the campaign to the Labor Party, reducing the Tory role in the debate to that of caricature English villains.

Labor was apparently no more keen on Brown than the Tories were. He was, after all, the man who presided over Labor’s loss of control of the government to the Tories in 2010. But he has pushed himself to the forefront in recent weeks, embarking on a whirlwind tour in defense of the Union that has taken him from the Highlands to Scotland’s urban centers.

Brown’s intervention led Cameron to pledge more powers to the Scottish parliament in the immediate aftermath of a “No” vote, to the disgust of many Conservative MPs who resent the privileged position it affords Scotland in the Union.

The son of a Presbyterian preacher, Brown has looked far more at home occupying the bully pulpit of the Better Together campaign than he ever did as Prime Minister. His robust performance has led many Union supporters to question why he hadn’t been tapped from the outset. As the most recent of 11 Scottish Prime Ministers of Britain, he is an embodiment of the strong political position that Scotland has enjoyed in the Union and an effective riposte to the mistaken belief that this is a colonial revolt against English rule.

Even the conservative Daily Mail newspaper, a persistent critic of Brown’s premiership, has lauded him for delivering the “battle cry to save Britain.” The Mail’s willingness to embrace Brown—whose Unionist message is underpinned by a demand that Westminster increase per capita public spending in Scotland after a “No” vote—indicates the lengths that many Union supporters are resigned to go in order to salvage the UK. It also underlines the larger point that the United Kingdom was always first and foremost (for the English, in particular) a means of projecting power internationally.

Brown’s barnstorming culminated yesterday with a stirring peroration in Glasgow. He did not neglect the economic risks of independence, but married these practical concerns to an impassioned appeal for cooperation and unity. Pulling on his audience’s heart strings, he reminded them what the British people had achieved together—defeating illiberal opponents in world wars and building a progressive state in their wake. Brown urged his fellow countrymen to ensure that what the people of Britain “have built together by sacrificing and sharing, let no narrow nationalism split asunder.” Here, at last, was the poetry. It put saving the Union on a somewhat higher plane, so that it might transcend the parochialism of the current debate.

The former PM made clear, too, the international ramifications of the Union’s collapse when he asked what the rest of the world would think if Scotland were to break up a Union that had pioneered “cooperation across borders” and “a partnership between the nations.” Across the world, above all in continental Europe, anxious governments and eager separatist movements are well aware of the stakes.

David Cameron, the man who ousted Gordon Brown from No. 10 Downing Street four years ago, would have been well advised to take a leaf out of Abraham Lincoln’s political strategy for saving the American Union. Lincoln, after selecting three of his erstwhile opponents to his Cabinet, was asked why he had made the appointments. He  responded that “these were the very strongest men. Then I had no right to deprive the country of their services.” In the campaign to salvage the British Union, there is no doubt that Gordon Brown was one of the “strongest men.” The majority of wavering voters are Labor supporters to whom Brown, more than any other figure on the pro-Union side, can appeal.

Brown has been ridiculed since leaving office for claiming to have saved the world after the 2008 financial crisis. But if his “battle hymn of the Union” helps put Better Together over the top, the people of Britain will owe him a huge debt of thanks.

When vaulting ambition (as his must surely have been) is allied to utter mediocrity, the result is… 700 pages that are a torture to read.