Yuval Levin provided commentary last week on Utah Senator Mike Lee’s recent speech “What Conservatives are For,” where Lee provocatively argued that the problem with much of the Republican Party’s rhetoric is its insistence that Obamacare, among other welfare state policies, strikes at our individualism and independence. Of course, the most dramatic example of this was Romney’s famous takers’ speech and the crude materialistic anthropology it relied upon. Lee’s speech matters, I think, for the reason that he is viewed as part of a rising group of national political figures like Ted Cruz, Marco Rubio, Rand Paul, among others, who seem willing to rethink standard rhetoric of liberty, limited government, free markets, rule of law and actually pour it into new wine-skins. So Rand, unlike the father, doesn’t condemn a large military, or even speak against the idea that at times America needs the capacity to strike deeply into remote reaches of the globe. Unlike our neocons, however, Rand urges that our expansive military must be tied to securing hard American interests, understanding that its purpose is not social or political transformations of other peoples.

In this vein of re-articulation of domestic policy priorities, Lee stated the problem created by these individualist arguments is that opponents of the welfare state vision seem to have little to offer in its stead but the autonomous individual, which, paradoxically, isn’t very American, according to Lee:

We need to remind the American people – and perhaps, too, the Republican Party itself – that the true and proper end of political subsidiarity is social solidarity.

Ours has never been a vision of isolated, atomized loners. It is a vision of husbands and wives; parents and children; neighbors and neighborhoods; volunteers and congregations; bosses and employees; businesses and customers; clubs, teams, groups, associations… and friends.

The essence of human freedom, of civilization itself, is cooperation. This is something conservatives should celebrate. It’s what conservatism is all about.

Freedom doesn’t mean “you’re on your own.” It means “we’re all in this together.”

Our vision of American freedom is of two separate but mutually reinforcing institutions: a free enterprise economy and a voluntary civil society.

History has shown both of these organic systems to be extremely efficient at delivering goods and services. But these two systems are not good because they work. They work because they are good.

Perhaps the best part of this speech was Lee’s focus on truths instead of a mindless pragmatism that characterizes a goodly amount of limited government advocacy. Markets, family, communities are tied to real ends of human life that when we strive to meet them, despite the many passions that pull us in different directions, permit us to thrive.

Levin then followed up his earlier post with extensive commentary entitled “More Than Dependency” (link no longer available) where he connects for us the dialectical relationship that exists between much modern liberal thought of the 18th and 19th centuries that sought to liberate the individual from unchosen obligations (families, communities), the frustrations of this goal, and its later attempted realization by progressive thought. The latter proceeded to liberate the individual by way of centralized government, and then by legislating the principles of the sexual revolution.

To summarize (and so necessarily oversimplify some, to be sure): The utopian goal of the most radical forms of liberalism has always been the complete liberation of the individual from all unchosen “relational” obligations—obligations to the people around you that are a function of the family and community in which you live. Resentment against such obligations was a central and powerful motive in the radical late-18th century thought that gave us some (though not all) forms of modern libertarianism and the modern Left, and the defense of such obligations was central to the counter-arguments that yielded modern conservatism. 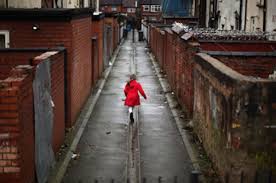 The truth, Levin tells us, is that we are dependent beings. This isn’t optional. The question is what we will be dependent on and what will be our obligations in those relationships. Progressivism is actually a radical individualism of man and the state, nothing else. “Breaking apart clusters of people into individuals who then all have the same relation to the state is a way of freeing those individuals from one another.” Progressivism’s truth is that you really can get by without any help from your friends. The dependency that we must see as ultimately detrimental, Levin informs, is that which leaves us deracinated because we no longer understand ourselves as having any real connections to other people that summon forth work, gratitude, generosity, and sacrifice. Levin makes this point as follows:

This is not a counter-force to individualism (as even serious people on the left sometimes suggest it is) but rather the most radical form of individualism—using government to atomize and pulverize society’s institutions. It is a mode of living that liberates us from local and generational attachments by subjecting us to intricate but morally indifferent rules imposed from a distance. Liberals like to think of such rules as morally neutral but they are more properly described as morally neutralizing—imposing on society the social libertarianism that liberalism takes for granted by defining society as legitimately consisting only of individuals and a state that is largely indifferent to their moral choices, with nothing in between.

The most substantial problem with the welfare state is that it is built on an illusion or rather an abstraction. The dogmatic insistence on reducing the individual to humanity or being unable to see particular individuals within society leads to the real practice of individuals who are no longer persons that are defined by relationships, loyalties, and devotions. But, and I think Levin’s right, this is always about escape as well.

The Left’s statist radical individualism that masquerades as a kind of communitarian collectivism pretends to offer a way for people to act together, but in practice it offers an escape from all mutual dependence and from the neediness of people who are not well positioned to pretend to be utterly autonomous.

Postell and O'Neill have produced a volume that perpetuates the unfortunate “Wall Street vs. Main Street” divide in American conservatism.

Do We Deserve the Constitution of 2014?