Most readers of this blog will already know the speech codes—viz. sex codes—that the Department of Education seeks to impose on universities, under the guise of preventing sexual harassment. Eugene Volokh has a lucid summary and the Office of Civil Rights of the Department of Education a tedious tongue-lashing about what constitutes sexual harassment.  The acts that keep Diversity Offices at full employment can range from telling a dirty joke to reading Anna Karenina. Similar directives go back into previous administrations, so, once again, the battle is not about a personality (even a powerful one such as Obama) but about the Administrative State.

It turns out, as Volokh notes, that sexual harassment at an institution of higher education might be found in any public or private discussion of sex, love, or eroticism. This means that the speech constituting the core purpose of higher education would have to be scrutinized by Washington bureaucrats. This is dangerous professionally—terrify your favorite male professor by sending him a DVD of David Mamet’s Oleanna, about a supposed episode of sexual harassment. And, more important, the vague codes enforce a debilitating self-censorship on professors and students that simultaneously increases the blandness and the freakishness of higher education. 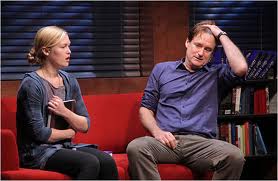 But what defenders of free speech on campus, such as the estimable FIRE, among others, may miss is the contradictory place the university has become. Having embraced the sexual revolution and encouraged an atmosphere of promiscuity, much of higher education has now created a legalistic, centralized crackdown on talk about sex. We have become what Tocqueville implied our condition would be without the influence of mores: a bureaucratic nightmare. If we can’t rule ourselves, we will have rules, myriad of them, made for us.

This (for now) soft despotism reminds us of the great contemporary classic, Reading Lolita in Tehran, Azar Nafisi’s memoir of teaching western literature during the Iranian cultural revolution. She teaches a small, private seminar of women great western literature, while in society and in her regular classroom she sees, among other terrifying sights, the compulsory veiling of women, their harassment by revolutionary guards for any show of “immodesty”—the slightest glimpse of hair, which might excite a man, might result in the miscreant woman being punished.

Teaching under the tyranny gave Nafisi (the American –educated daughter of a former mayor of Tehran) a better appreciation of, among others, Jane Austen. She has revolutionary political significance far greater than the proletarians Nafisi wrote about in her dissertation. By promoting female virtues, Austen is a subversive in Tehran—and in democratic nations as well. It is the restraint of propriety, not perverse tyranny, which makes touching Emma’s hand such an erotic moment. Reading Austen is a nearly forbidden pleasure that evinces the civilizing effect of great literature. (Among her acknowledgements, Nafisi thanks “Paul” [no last name, but we know by context which Paul this is] for “introducing me to [Leo Strauss’s] Persecution and the Art of Writing.”)

Prior to her confirmation hearings, now-Justice Elena Kagan disclosed that she reads Austen’s Pride and Prejudice every year. What does the novel say to her about manners, vulgarity, the differences between men and women? Might someone on the Judiciary Committee, who didn’t mistake Pride and Prejudice for a broadside on affirmative action, have asked the nominee to explain how the rule of law might abate the coarsening of our culture? Or at least how the rule of law presupposes a certain culture? Or don’t we see the connection?

Rousseau’s Contrarian View of the Marketplace of Ideas

The Exporting of American Education

The ideals instilled by American higher education today are poised to have a profound influence on countries around the world tomorrow.