It’s good to be back to blogging. For a warm-up bear with me through a family saga: it may be funny, for you. And there may be a point.

A late uncle of mine (let’s call him “Bruno”) died in 2013. I know little of him except that my mother, then 13 years of age, dragged him (then age 3 or 4) through the Hamburg firestorms in 1943. I met him once—at my grandmother’s funeral, where they had really good food. From various conversations that I did not follow at the time (the 1960s) and cannot now recollect, I understand that my mother and aunt bailed Bruno out of trouble at various times over the decades. His life was fully European—aimless, on public support, and fruitless (so far as we know). It’s a very sad story.

Having been informed of Bruno’s death, we all (with an exception noted below) promptly renounced the inheritance by means of a notarized declaration. The guy can’t own anything except debts, probably including colossal debts to the German government for late-life care: who wants that? But that clever maneuver has come a cropper.

Bruno roamed through Europe and, therefore and for good or ill, dragged a ton of welfare benefits—“earned” in various European jurisdictions—behind him. In paying the benefits, the authorities are good—so good, in fact, that the Swedish government paid Bruno’s monthly entitlement for who-knows-what after his death. Now they want it back. They discovered that—oops!—all near relatives had a valid legal excuse. However, with the help of the German authorities, they tracked down my daughter in the Marshall Islands—who (my daughter) until then had absolutely no idea of Bruno’s existence or death. On account of her being of age at the time, though, she isn’t bound by my “no thanks” declaration.

By way of explanation for not un-heiring my beloved daughter: a notarized declaration in Krautland is a very formal and expensive document. Abroad, it can be executed only at German consulates or embassies. The nearest German embassy to the Marshall Islands is in Manila—half a world away. Long story short, she’s the next of kin to someone she has never met. So the Swedes are after her, for 300 smoerrebroed (or whatever). 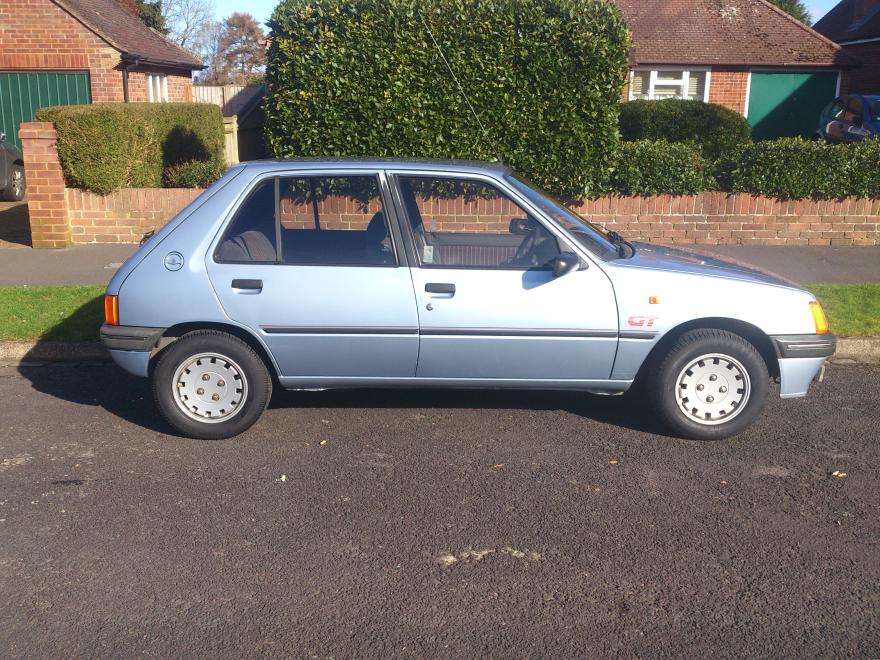 But wait—there’s more! You, dear Ms. Greve, are also the owner of a shiny, baby-blue Peugeot! Amtliches Kennzeichen S – RH 1535. Property of the deceased, and therefore now yours. So says the Stuttgart police—more precisely, the Amt fuer Oeffentliche Ordnung. Alas, says the Amt’s letter, said vehicle is parked illegally near the deceased’s last residence, and: your

no traffic-ready vehicle is parked on a public traffic area. According to [stat cite] are prohibited items – these include non-transport vehicles ready – bring on streets or let there be if this traffic can be endangered or difficult. (Italics in original.)

Dang it: we’re in trouble. Because:

For the immediate elimination of the disorderly state of the polluter memory of the disorder or of the owner or the one who is responsible, which performs the actual-ing power over the matter (Sec. 32 Highway Code, Secs. 6 and 7 Police Act, Police Act).

While the quoted passages read like excerpts from the ACA, they are google translations inserted into the Amt’s letter. In context and translation they just want you to know that the vehicle is yours (dear daughter) and that you have to move it. Otherwise, they ask politely what to do with it.

One, the transactions of the administrative state consume a vast amount of resources that are unaccounted for in the public ledgers. It’ll take endless time and money to sort out the legalities with the Swedish and German authorities—over the price of a side of salmon. Similarly, in my ill-spent youth I violated the Strassenverkehrsordnung (traffic code) a zillion times. Yet here I am: fighting a dead guy’s parking violation, committed by someone who’s never seen the owner, the vehicle, or for that matter Stuttgart. Not that she’s missed anything.

Two: damn, they’re good. The Swedish authorities find someone in the Marshall Islands after a single erroneous payment in a third country: wow. The Stuttgart police can track people across the globe for the Unzulaessige Benutzung oeffentlicher Verkehrsflaechen: geez.

(The Germans are consistently good with vehicles. My late grandmother, bless her soul, received her driver’s license in 1926 and promptly cranked the family car into a hydrant. My grandfather, a good guy but also a tyrant, told her she’d never drive again; and so she didn’t. In 1976 she received an official government certificate in the mail, congratulating her on 50 years of accident-free driving. Not that a lot happened in Germany over the intervening decades.)

It takes real effort and ingenuity to ramp up any bureaucracy, public or private, to that level of efficiency. Even the Amt’s google translations reflect the orientation. German speak be difficult speak, and so they try to help. What do you want them to do—hire a UN-certified translator?

Three: Points One and Two are the same. The legal travails are the price you pay for a well-ordered government that tolerates no waste, fraud and abuse. On net, government efficiency on this scale produces waste; but it ensures that it’s mostly the citizens’, not the government’s. And less hassle, more fraud. There’s your trade-off.

Post Collegium, Ergo Propter Collegium: On the Destruction of Higher Education in America