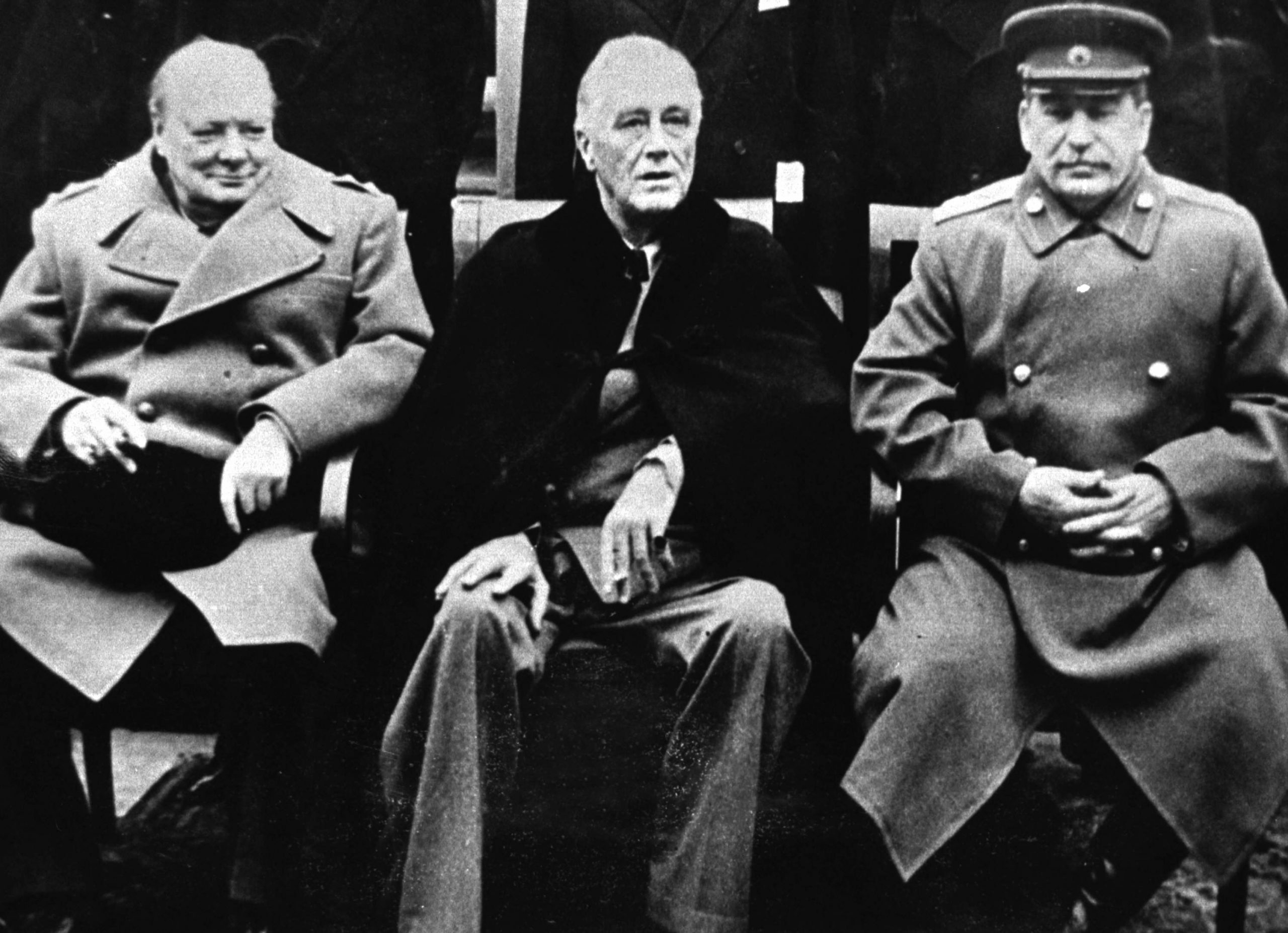 In the 1952 election, the Republican Party theme was “20 years of treason,” which, whether sincerely believed or cynically exploited, perfectly tapped into the public perception that the FDR and Truman administrations had been honeycombed with communist spies. For Americans, panicked by the Soviet acquisition of nuclear weapons and the communist takeover of China, this slogan answered so much. Why did FDR endorse Stalin’s imperialist designs at the conference at Yalta in 1945?

For decades, liberal pundits mocked this perception of Yalta, arguing that these Fifties-era characterizations were the product of hysteria and a desire to present voters with simple answers to complex questions. They argue that there was very little the United States could have done at the close of the Second World War to stop the Red Army from overrunning Eastern Europe.

Perhaps, but time has not been kind to liberal characterizations of what really happened at Yalta, where the Allies met 70 years ago. It has become apparent that, however ineffectual it might have been to try to get Stalin to allow democratic elections in Poland and the other Central and Eastern European states, the American side was hardly sympathetic to such an effort.

A photo of Alger Hiss hovering behind an obviously sick Franklin Roosevelt has in fact led some to overplay his participation at the conference. He was little more than a logistical bureaucrat. During his time at the State Department, he occupied mid-level posts in which he never dealt directly with Roosevelt.

Not that those in charge of foreign policy were paragons of skill. Hiss’s boss, Secretary of State Edward Stettinius, was a neophyte at foreign policy (he had only held the job in State for two months when the conference met), and when confronted with matters beyond his ken would often direct people to “see Alger about it.”

As Whittaker Chambers stated years later, the main job of Hiss and other American officials who secretly worked with Soviet intelligence was to “mess up policy.” Hiss passed along documents to Moscow and also no doubt did his best to mess up Washington’s doomed China policies, on which he also worked. It bears looking into as well, suggest historians M. Stanton Evans and Herbert Romerstein, whether Hiss also had anything to do with Operation Keelhaul, the product of one of the most shameful Allied decisions at Yalta. Operation Keelhaul implemented the decision by Roosevelt, Churchill, and Stalin that over two million Russian POWs who had been held by the Nazis would be forcibly returned to the Soviet Union. Amid Stalin’s mass purges of Russians who had contact with foreigners, these men faced certain doom upon their return home. Secretary of State Stettinius always denied his knowledge of this shameful policy.

Evans and Romerstein’s evidence is extremely thin, it must be noted. Much higher in the policy hierarchy than Alger Hiss were trusted advisers such as Lauchlin Currie and Harry Dexter White, both of whom were Soviet spies. FDR’s right-hand man Harry Hopkins has never been proved to have been a Russian spy. But given his views, and his instrumental position in the administration, he might has well have been. Hopkins, a supporter of Stalin’s absorption of Poland and other Baltic states (some of which were acquired during the Nazi-Soviet military partnership in 1939), said that these countries were eager to be under Soviet control.

It didn’t help that FDR himself told advisers that he was determined at Yalta “to give Stalin everything he wants and ask for nothing in return.” To his credit, the aging President was, at the very end, wising up to Soviet-style “democracy.” He became alarmed about Soviet behavior in Poland and was crafting a note to Stalin accusing him of violating the Yalta agreements when he died. Too little, too late.

Dissenting from Natural Rights Nationalism: A Reply to Randy Barnett

Islam, Communism, and the Progressive Class