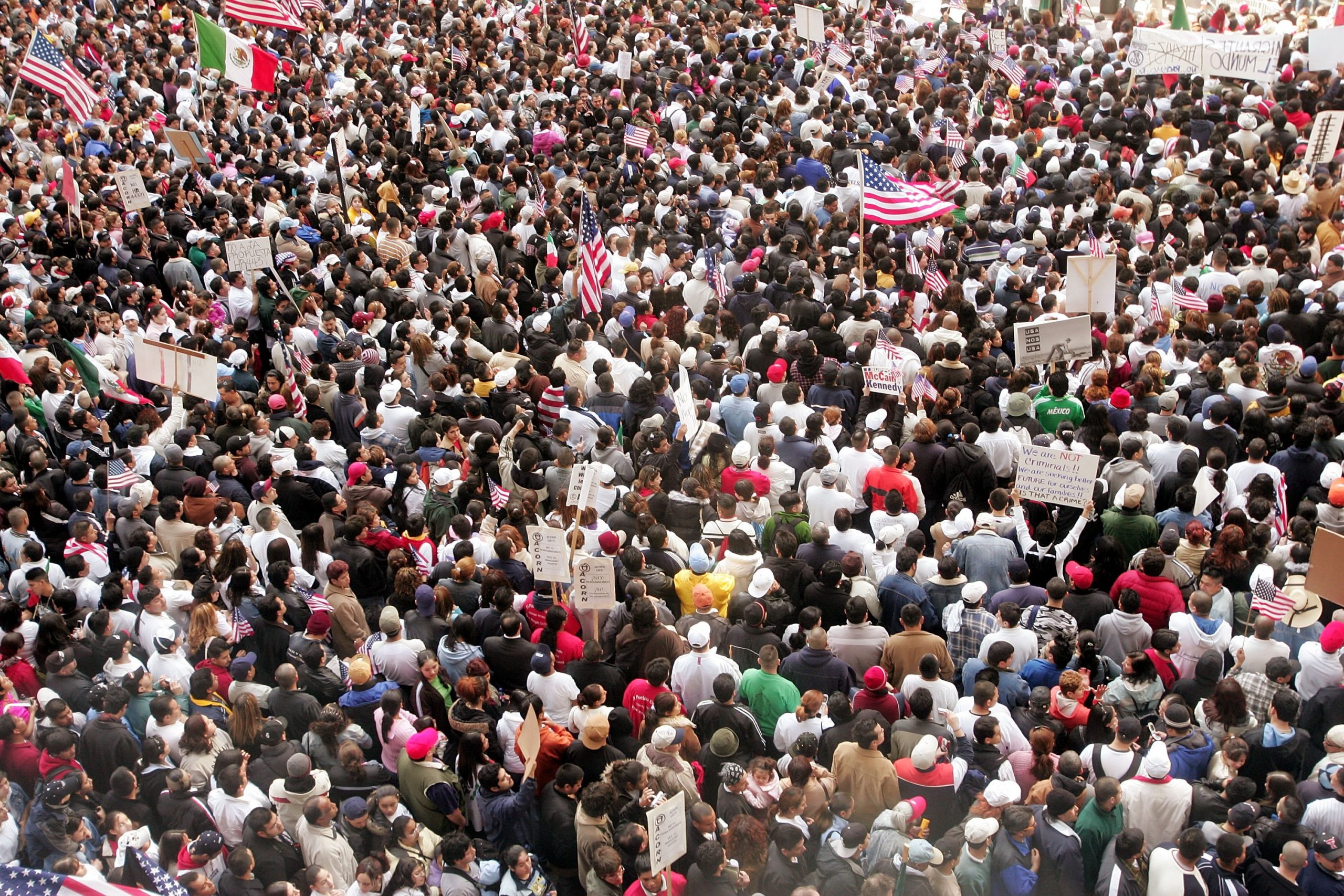 There has been a lot of agitation and, predictably, litigation over the President’s firm intent to whip “sanctuary cities” into line. The general tenor of the online commentary has been “Federalism Lives!” exultation, from Left (Jeffrey Rosen) to Libertarian (my colleague Ilya Somin, whose post links to like-minded writers). Courtesy of the Rehnquist-Roberts Court’s constitutional doctrines on federal funding and “commandeering,” the chorus chimes, the President cannot do what he has proposed to do by executive order—yank federal funds from non-cooperative jurisdictions.

For reasons I’ll explain at somewhat painful length, it’s not at all certain he can. The “let’s hear it for federalism” folks may yet be right—but for somewhat different reasons than they think.

The constitutional rules, emerging from Printz v. United States (1997) and other cases, are these:

Within its enumerated powers (a given, in the immigration context), the federal government can preempt states and local governments all day long. To “preempt” states means to prohibit them from doing this or that thing. However, the feds may not “commandeer” state or local legislatures or executives. To “commandeer” means to demand the performance of an affirmative act. If the feds want states to do stuff, they have to give them money, which the states may accept or decline as they see fit. The conditions attached to those grants must be clearly stated in the statute; must be somehow “germane” or related to the purposes of the grant; and must not, on the authority of NFIB v. Sebelius (2012), be unduly “coercive.”

What does this mean for “sanctuary” jurisdictions that fail to cooperate with federal authorities in enforcing immigration laws? Hard to say. It’s unclear what makes a jurisdiction a “sanctuary,” and non-cooperation can take many forms. Jurisdictions’ self-declaration has zero legal significance. Federal law does not define the term, and the executive order commits the designation to the Secretary of Homeland Security.

Cases involving sanctuary-type issues, however, make it clear that the anti-commandeering rule applies with full force: federal authorities may not tell the locals to do anything at all. For example, when the feds learn that local agencies have a deportable alien in their custody, they send a “detainer” to the local authorities, to the effect that they “shall maintain custody” for 48 hours to arrange a transfer. Is that an order or just a request? If it were the former, it would be unconstitutional “commandeering.” Hence it’s just a request, and the receipt of a federal “detainer” does not protect local authorities against lawsuits for wrongful detention and the like. The leading case, Galarza v. Szalczyk, (3d Cir. 2014), is a bit over the top, but the holding and reasoning are basically right.

If the feds can’t order the locals about, can they yank funding from non-cooperating jurisdictions? The executive order says “yes” and, read for all it is worth, threatens annihilation. It declares it the federal government’s policy to “ensure that jurisdictions that fail to comply with applicable Federal law do not receive Federal funds, except as mandated by law.” Section 9 of the order says that “the Attorney General and the Secretary, in their discretion and to the extent consistent with law, shall ensure that jurisdictions that willfully refuse to comply with 8 U.S.C. 1373 (sanctuary jurisdictions) are not eligible to receive Federal grants.” Does this mean any federal grants? For good measure, the Office of Management and Budget is directed to compile information “on all Federal grant money that currently is received by any sanctuary jurisdiction.” (Both italics added.)

You fail to comply, the categorical language seems to suggest, there goes your Medicaid money. And education funds. And all else. On that reading, the order does indeed run afoul of the clear statement rule, and the germaneness requirement, and probably the anti-“coercion” principle as well. But that is not the only way to read the order; and its enforcement, in any case, is unlikely to play out in that fashion.

Unlike some other stuff with DJT’s signature, this particular order reads like it was actually reviewed by a lawyer. Thus, Section 9 applies “to the extent consistent with law,” presumably including extant case law on germaneness or “coercion.” The withholding of funds is committed to the AG’s and the Secretary’s discretion—but again, only consistent with law. Wherever the law has created entitlements for states (as for Medicaid), the discretion is withheld. So long as the AG and the Secretary stay within those bounds, it’s hard to see a constitutional problem.

What, though, of the “willful refus[al] to comply with 8 U.S.C. 1373”? Since you’ve been aching to know what that section of the U.S. Code says, here it is, in relevant part:

Notwithstanding any other provision of Federal, State, or local law, a Federal, State, or local government entity or official may not prohibit, or in any way restrict, any government entity or official from sending to, or receiving from, the Immigration and Naturalization Service information regarding the citizenship or immigration status, lawful or unlawful, of any individual.

Ilya’s post argues that 8 U.S.C. 1373 is itself unconstitutional, as a “commandeering” provision. I very much doubt it. Putting aside that Printz explicitly reserved the question of whether the “commandeering” principle applies to mere information-sharing statutes, 1373 does not commandeer anything at all. It merely preempts certain laws and practices. That, at any rate, is the plain holding of a Second Circuit case decided shortly after Printz.

Nor is section 1373 a grant condition; it’s a free-standing prohibition, enforceable if need be by judicial injunctions. It is not easy to explain why the feds have to keep sending money, especially for law-enforcement purposes, to jurisdictions that ignore the prohibition. And suppose that a federal grant program states in bold, unmistakable letters that the recipient government shall comply with all applicable federal laws (those prohibiting the diversion of funds, say, or other forms of corruption). Is that clear enough, and sufficient to encompass 1373? I’d think so.

Let’s say the feds implement the order in the way just sketched. Locals refuse to cooperate or even to provide information. Feds say: fine. Here is a federal grant or other program to assist local law enforcement. It’s germane. It’s under our discretion and within our jurisdiction (the Justice Department or Homeland Security). It requires your compliance with federal (preemptive) law. And since you won’t cooperate in our enforcement efforts, we won’t cooperate in yours. The money is gone. Constitutional? Almost certainly, yes. Even under the hopelessly incoherent NFIB decision, it can’t be “coercive,” for there’s not enough money on the table.

What follows? For one thing, lawsuits filed by San Francisco and some other jurisdictions are, at best, wildly premature—“unripe,” as the lawyers say. That doesn’t necessarily mean they are stillborn. The Ninth Circuit’s recent travel ban decision strongly suggests that the ordinary rules governing preliminary injunctions, standing, statutory interpretation, and other lawyerly distractions no longer apply in these sorts of cases—perhaps because immigration is now, like climate change or gay marriage, one of those issues that “arouses the judicial libido,” to purloin a fine phrase of Justice Scalia’s. Or perhaps on account of a novel judicial maxim that anything coming out of this White House is presumptively unconstitutional. In that judicial world, anything can happen. Until it does, though, the lawsuits are best viewed as tarted-up press releases.

A more interesting and productive question is the locals’ likely response to a federal withholding of funds, within the constitutional bounds just sketched. For now, they are putting on a brave “We won’t care” face. The funds are just a small part of our budgets, and this is about principle! Maybe. But the withdrawals would hit individual agencies—sheriffs’ offices, prisons, the police—that depend on federal programs to fund everything from office parties to pensions; and all the action, as always, is on the margin. Wait for these agencies to squawk and scream. At that point, the sanctuary federalists will have to show their true colors. I’d look for them to fall back on: You feds can’t commandeer us. But you still owe us the money, and more of it. The Tenth Amendment, and all that.

I cheerfully join the sanctuaries’ anti-commandeering campaign on constitutional grounds (though not necessarily on policy grounds). If the feds want to enforce their laws, let them do it on their own, or else pay up. But the bargain has to go both ways. I’ll be equally supportive of yanking the money from non-compliant jurisdictions.

In truth, few of the Justice Department and Homeland Security “assistance” programs at issue should exist in the first place. They’ve militarized police departments, driven incarceration rates to insane levels, turbocharged law enforcement for pure profit, and distorted law-enforcement policies in all sorts of other ways. Both the feds and the locals like these “cooperative” arrangements on account of their shared interest in maximizing inputs, meaning money. Such a system is impervious to anything but a bone-rattling exogenous shock—like, perhaps, the contretemps over “sanctuaries,” which gives each side powerful ideological reasons to break off this incestuous relationship and thereby restore, willy-nilly, a piece of federalism.

What a wonderful world that would be.

Is the Supreme Court a Court?

Up With Federalism? A Case for Cautious Optimism

The natural intuition is to think that federalism works in normal times and then gets in the way of prompt, effective responses to crises.