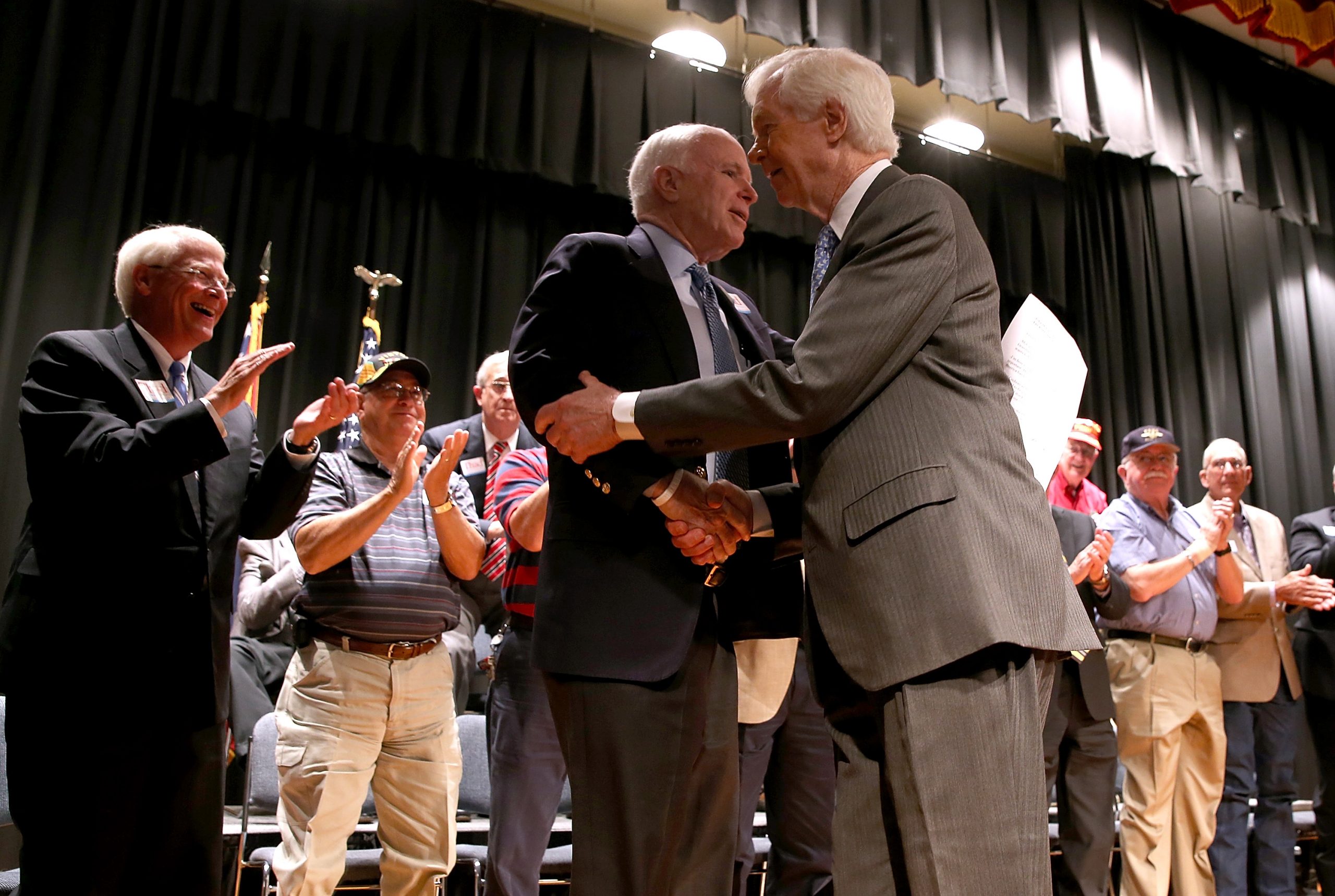 The Republican establishment, as it works with Democrats to overcome challenges from GOP and independent voters dissatisfied with the course of events in America, confirms that it is part of the ruling class responsible for those events, and that it intends to push America further along that course. By its campaign for Senator Thad Cochran in Mississippi’s senatorial primary, the GOP establishment removed all doubt about this.

That ruling class consists of most elected office holders from both parties, of the great mass of government workers, of the public-sector labor unions, of the educational establishment and the media, of the major financial institutions, and of the army of lobbyists, consultants, and fixers who broker the spread of the trillions of dollars that flow through government. Its clients are the low-end clients who enable the machine in exchange for meager benefits. A significant part of this exchange is that such clients are also willing to answer affirmatively to appeals to identify themselves in opposition to their fellow Americans. The Democratic Party is the ruling class’s ruling element, and its voters are the bulk of the beneficiaries. The Republican Party’s leadership, its associated business associates and consultants, are the junior partners.

The mass of GOP and independent voters, having come to see themselves as disadvantaged and insulted by the ruling class, have increasingly supported anti-establishment candidates to challenge it in Republican primaries. Accurately, the Republican establishment sees this as a greater threat to themselves than any Democrats could be.

In the Mississippi primary, Republican establishmentarians from around the country solicited votes from Democrats to defeat the insurgent challenge to Senator Thad Cochran. Their arguments were the same ones used by the bipartisan ruling class that has ruled America for a generation: The role of government is to generate benefits for its clients, and those who object are bad people. They paid many Democrat voters (nearly all black) so called “walking around money” for their votes, and have refused in many counties to let McDaniel aides examine the voter roles to see whether these voters were eligible to cast ballots.

The retail corruption is much less remarkable than the acquiescence therein of the establishment’s leadership – such as Karl Rove and The Wall Street Journal’s editorial page. This is very remarkable. Rove’s super-PAC, “Conservative Victory Project,” which played a leading role in recruiting Democrats for Cochran, exists explicitly to defeat insurgent Republicans everywhere. The Journal’s editorial page, whose editorials and featured columnists mobilized opinion against the Mississippi insurgency, had done the same throughout this and previous years’ primaries. Rove’s post election commentary glossed over the vote-buying as if it had not happened, while the Journal’s Jason Riley endorsed it cynically as “minority outreach.”

To Republican and independent voters who are dissatisfied with the direction of the country, the conflict between the pretenses and the actions of such as Rove and of the Journal added insult to injury. The Journal, for example, never loses an opportunity to declare itself the mortal enemy of “crony capitalism” as it decries the direction in which America has been headed, while the word “conservative” as part of the title of Rove’s super-PAC intentionally evokes the complex of sentiments of voters angry at the ruling class’s characterization of them as, well, the litany: “racist, greedy, stupid,” etc.

Indeed, the Republican Party’s very identity, the one, sole, argument it makes to persuade voters to vote Republican rather than Democrat, is that it will take the country in a direction different from the one in which it has been going.

But, in the Mississippi primary, the Republican Establishment’s campaign was by and for crony capitalism, and employed the classic themes by which the ruling class has beaten down the rest of America.

To Mississippians white and black, the establishment’s message was: All this Tea Party talk about dangerous deficits and the need to cut spending is a threat to responsible officials’ capacity to bring you the jobs and federal assistance on which your prosperity depends. Orchestrating that message was Haley Barbour, former governor of Mississippi, former national chairman of the Republican Party, and arguably Washington’s biggest lobbyist. Day to day operations were run by Stuart Stevens, formerly chief strategist in Mitt Romney’s 2012 national campaign, along with Henry and Austin Barbour, Haley’s nephews. There could be few better personifications of crony capitalism.

To the blacks, who, according to The New York Times’ FiveThirtyEight.com provided some forty thousand votes, the message was:

Don’t be intimidated by the Tea Party. . . . Mississippi cannot and will not return to the bygone era of intimidating black Mississippians from voting. We must rise up on Tuesday and have our voices heard on who will represent Mississippi in the U.S. Senate. VOTE THAD COCHRAN.

The Times reported the effect: Roger Smith, a black Democrat who said he was being paid to organize for Mr. Cochran, said, ‘I don’t know too much about [Cochran’s opponent] McDaniel other than what McDaniel is saying: that he’s Tea Party, he’s against Obama, he don’t like black people.” In short, those who oppose the way things are done in America are racists. You ought to hate them as they hate you.

Why do such things? Cui bono? Clearly such behavior by the Republican establishment has nothing to do with the role it claims for itself of opposition to the direction on which America has been taken in recent decades, never mind with anything “conservative.” It has everything to do with maintaining its status, and that of its clients, within the ruling class.

The Mississippi primary confirmed yet again that, if America is to go in a direction other than the one of which some three fourths of American disapprove, it is compelled to do so with a vehicle other than the Republican Party.